After a long 13 hour flight we had from yesterday, we got up early at 7am to get our hearty breakfast ready at the World Famous Sears Fine Food! Just few walks away from our hotel Parc 55 Wydham. 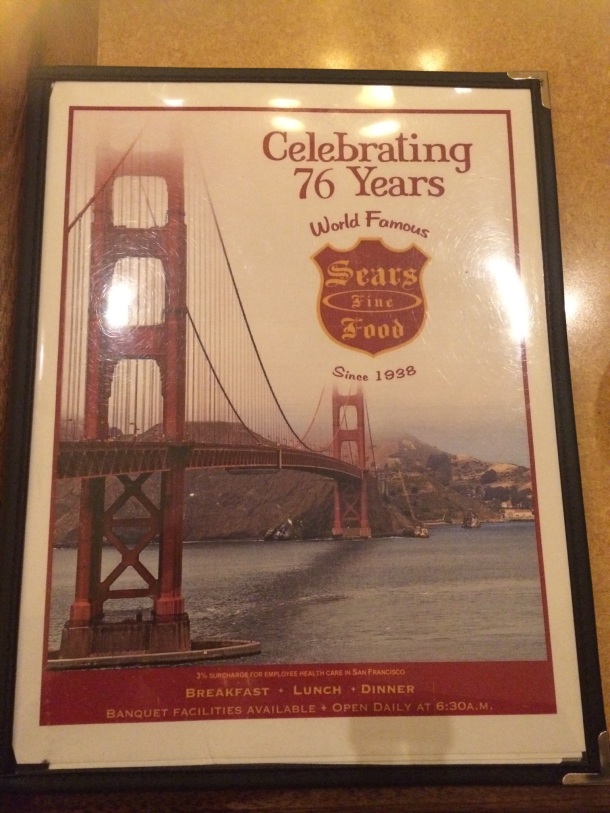 I had the Al’s Special : nine mini pancakes, corned beef, eggs of my choice and a huge ass hash brown.

Walked down to Union Square to catch the bus F to Fisherman’s Wharf, the chinaman bus driver was hilarious. The five of us paid USD10, but the exact fare was USD2.25, *inserts accent*

He was merely talking to himself and ended up not paying the 0.25cents, guess people here are just nice like that.

Always wanted to visit Alcatraz Island but never had the chance to, always admiring the high security federal prison from afar. Reminds me so much about the TV series Prison Break. 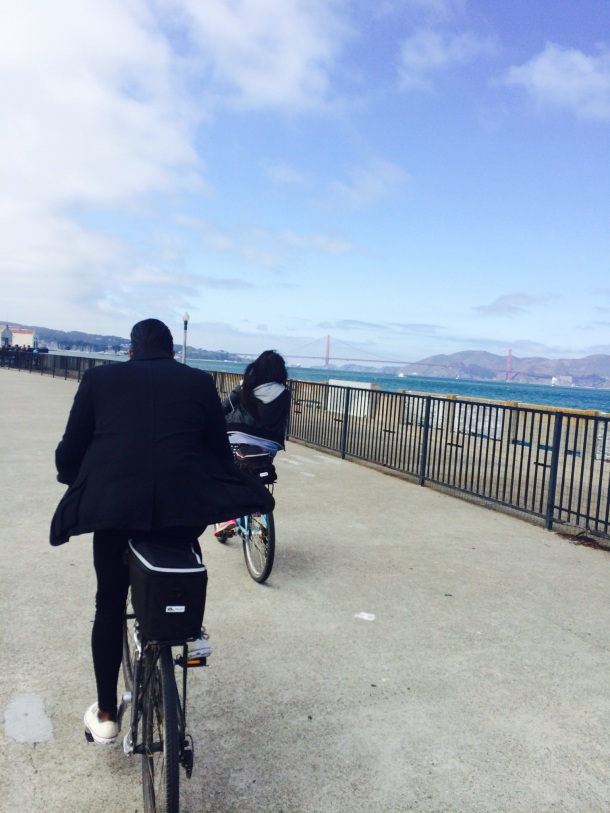 During our cycling path towards the Golden Gate, we stumbled upon this dome like place and decided to take a peek what was it inside. Boy, I’m glad we did. The beautiful Palace of the Fine Arts. 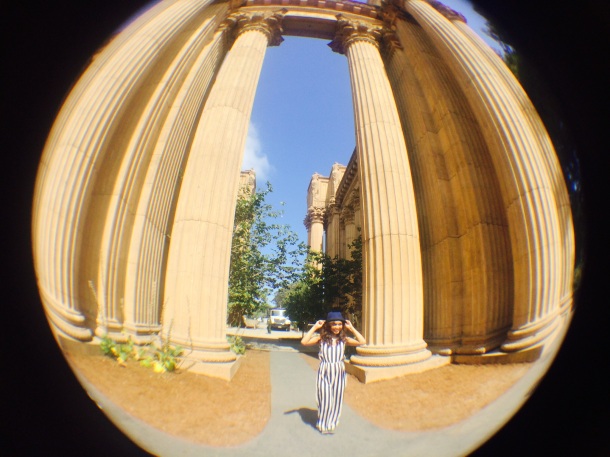 2hours of butt cramps from cycling and taking pictures, we finally arrive at the Fort Point of the Golden Gate Bridge. The sun was shining but the wind breeze was so cold I had goosebumps all over. 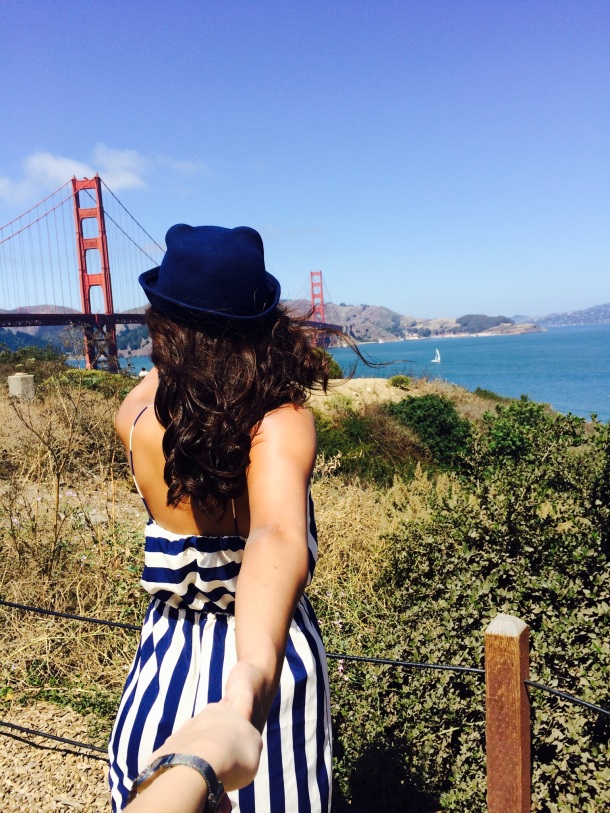 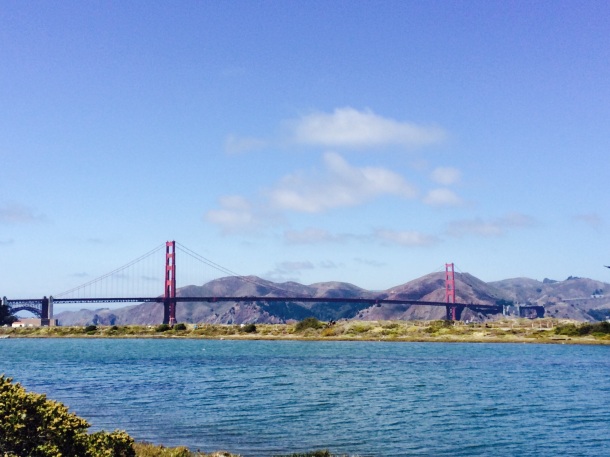 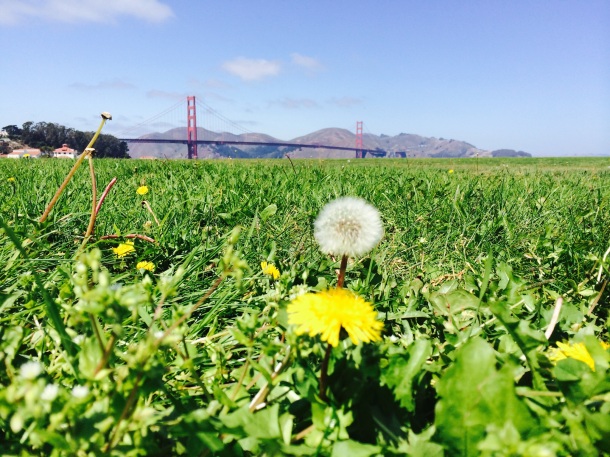 After 32 weeks of not being in San Fran, I was determined to cross over all the way to the other side of the Golden Gate bridge. 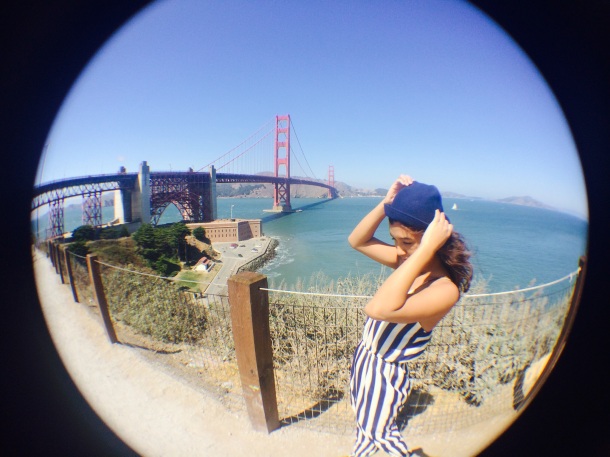 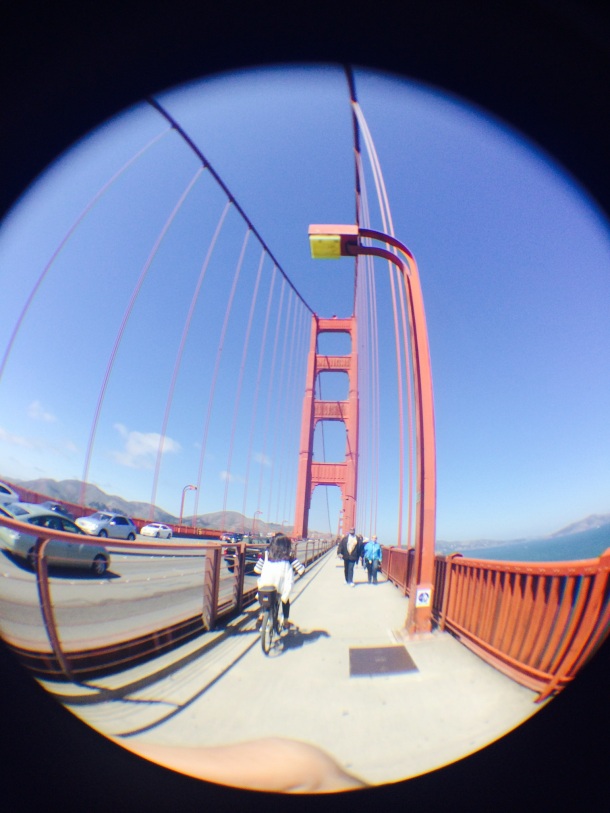 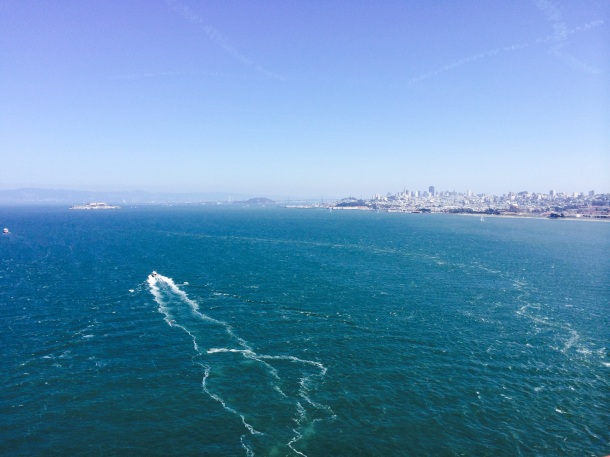 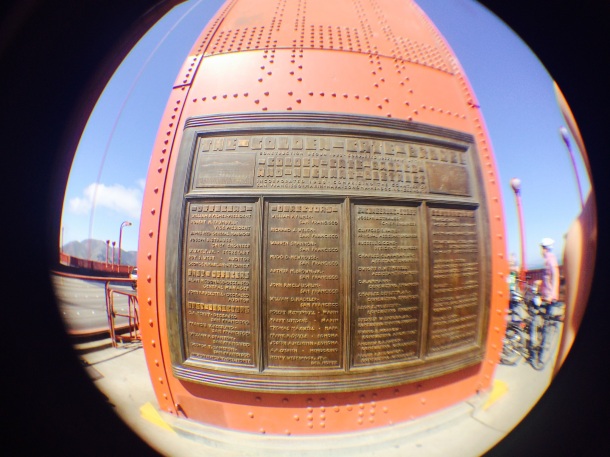 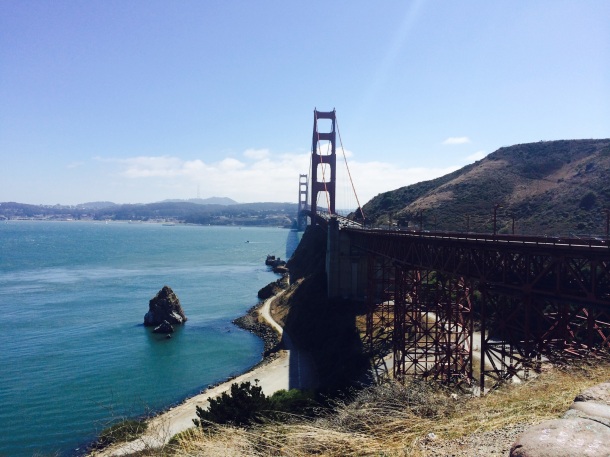 Feel so accomplished being on the other side of the bridge! *wiggles butt* At this point in time, my legs were already jelly and my butt bone was painful thanks to the leather bike seat that I got, my fat ass was the only cushion. From this point, we had two choices: 1) cycle all the way back to Fisherman’s Wharf up and down the hills and slopes 2) Cycle downhill to a village across the Golden Gate called Sausalito and take a ferry back (yes they ferry your bicycles too).

Obviously taking the easy way out, we cycled to lovely Sausalito, a midtown village filled with beautiful restaurants and cute houses. 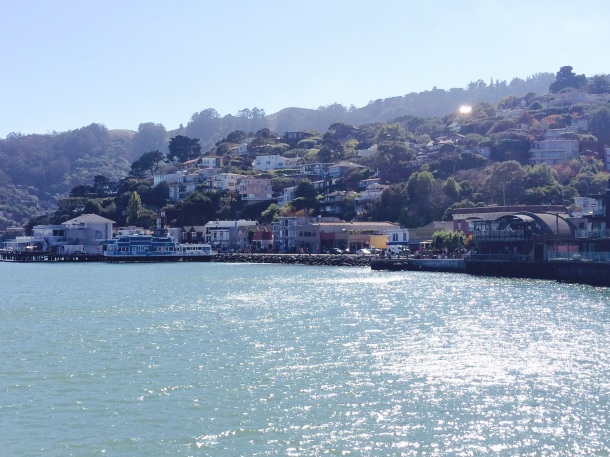 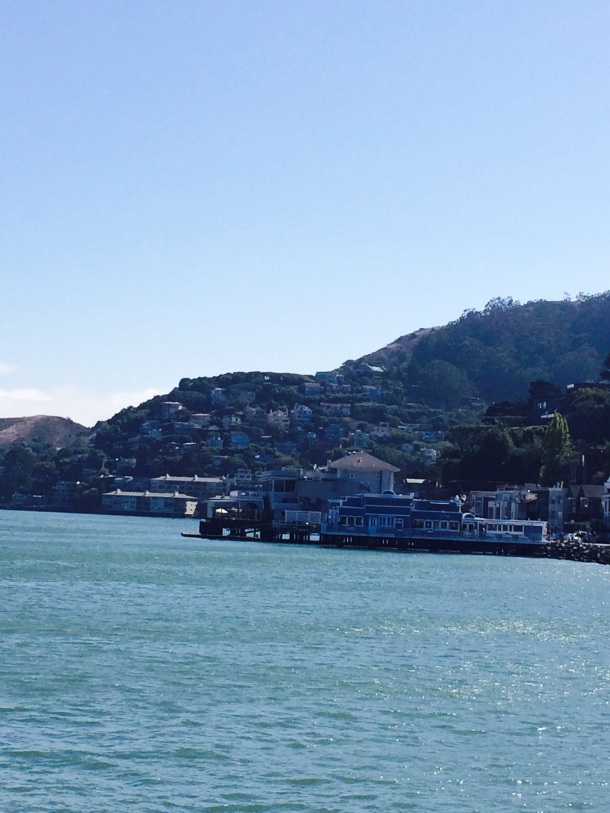 I was more interested enjoying the moment cycling downhill without pedalling and soaking in the atmosphere. The ferry ride cost USD10.25 for the Golden Gate Ferry Ride which took about 30 mins to the Ferry Terminal. The ferry got us an up close view of Alcatraz Island, even though it didn’t make a pit stop there. 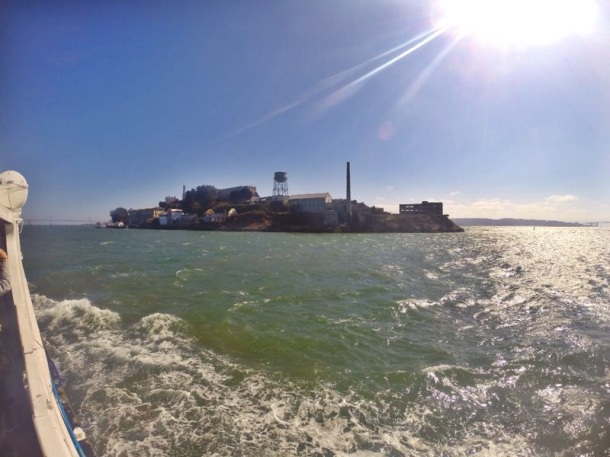 Returned our bikes at one of the three drop off points which costs us USD30 per person for nearly half a day, USD7 per hour or USD25 per day and USD5 for returning at a different point. Worth it! 😉

Walked over to Lombard Street near Pier 39 and the uphill was just madness!! I’m nearly standing at approx 70 degree angle pulling myself up slopes to reach this destination. To ease ourselves, we decided to walk backwards! A picture of us that Mel took of us while walking up. Damn you Lombard Street, walked all the way up hill just to take the famous Crooked Road of San Fran! 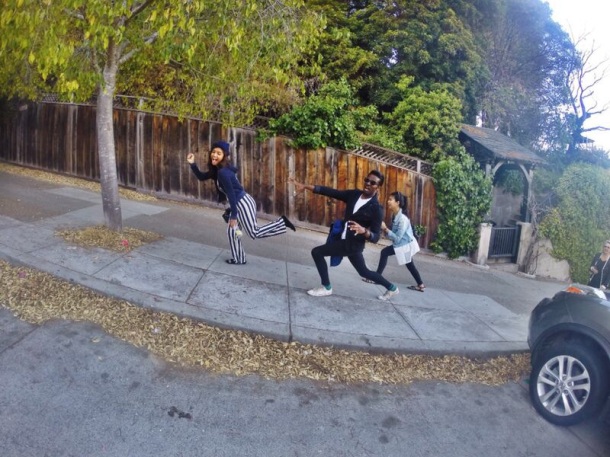 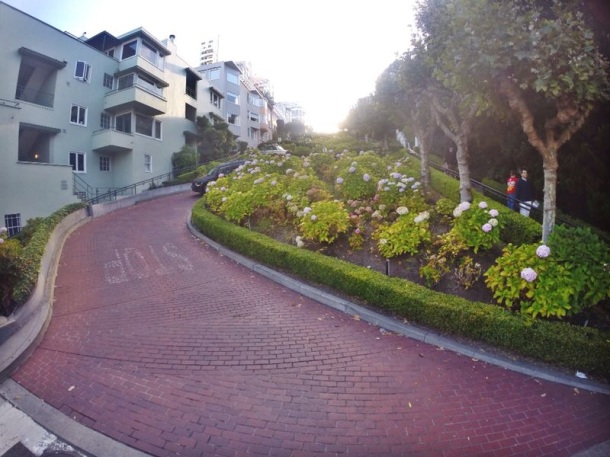 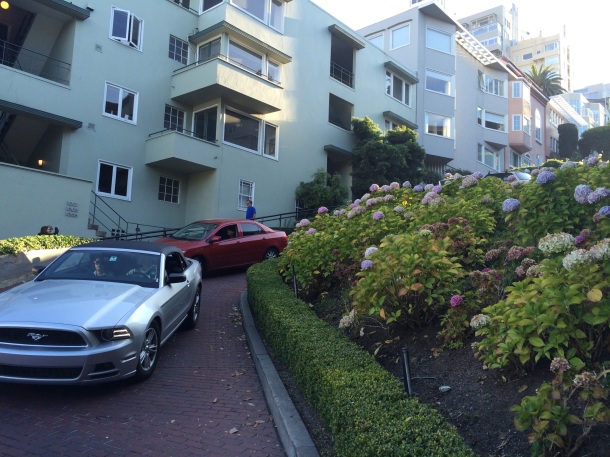 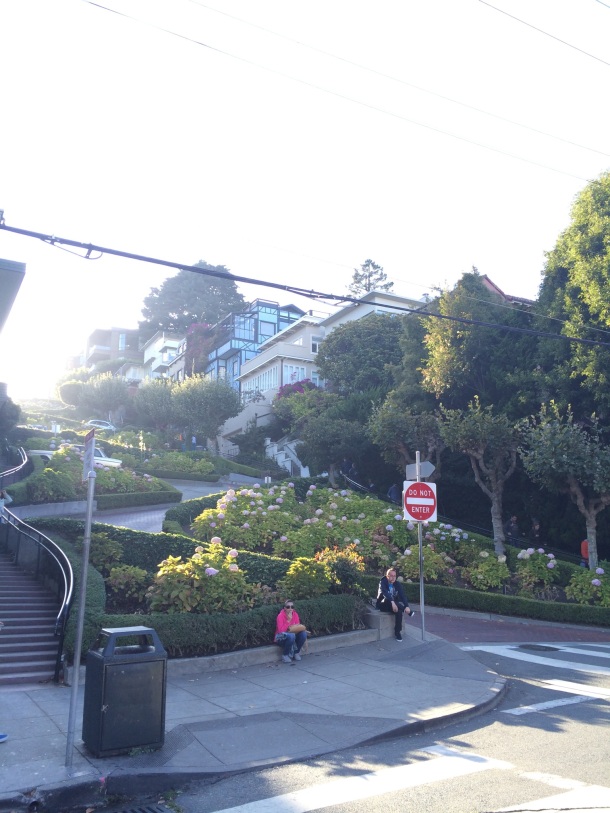 My colleagues and I who basically rocked San Fran on a beautiful monday morning! No monday blues for me! 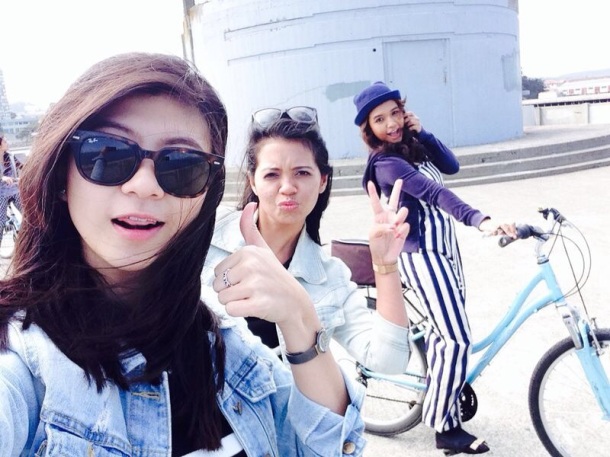 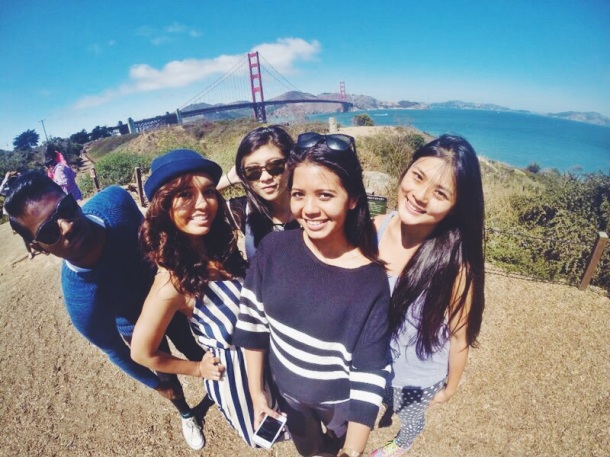 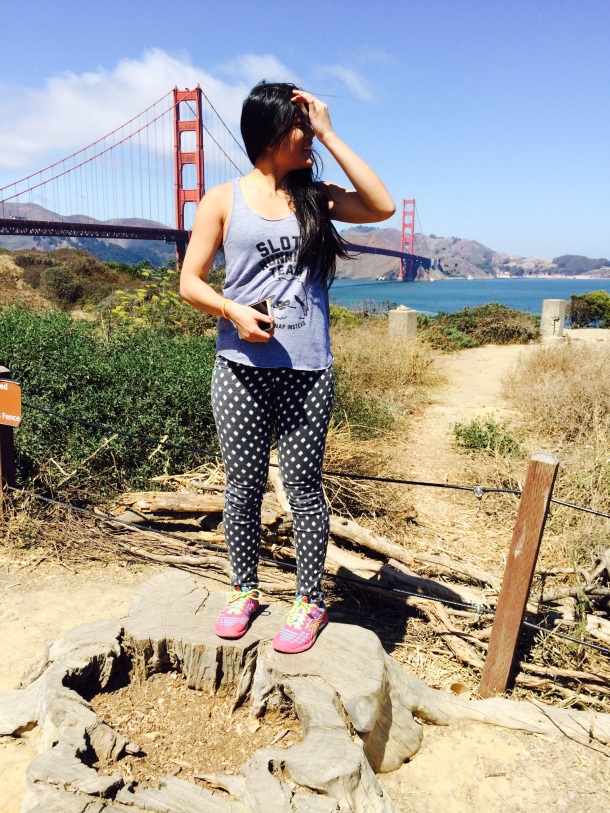 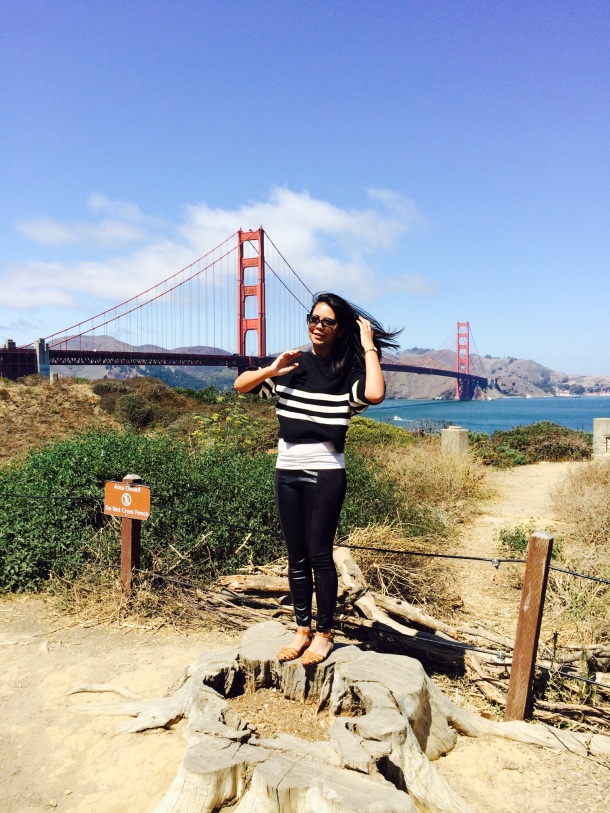 Heard great reviews about this humble restaurant called Mama’s at Washington Square. We got up as early as 8am when the shop open and there was already a long line waiting outside. We waited for more than an hour for us to get in and another good hour to place an order, get seated and wait for our breakfast to be served. All that for a 20 minute gobble down food. 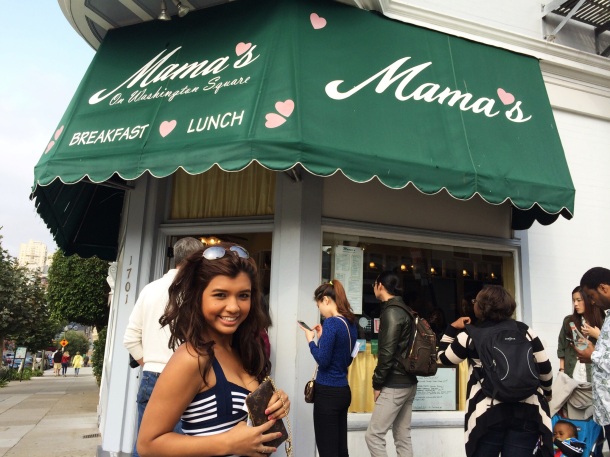 You can basically see everything what the chefs are doing, from grilling the potatoes to decorating the pancakes to cooking those poached eggs.

Our cosy corner and our breakfast!

BEWARE: FOLLOWING PICTURES MAY CAUSE MOUTH WATERING SYNDROME, DO NOT VIEW IF YOU HAVE NOT HAD YOUR BREAKFAST! 😛 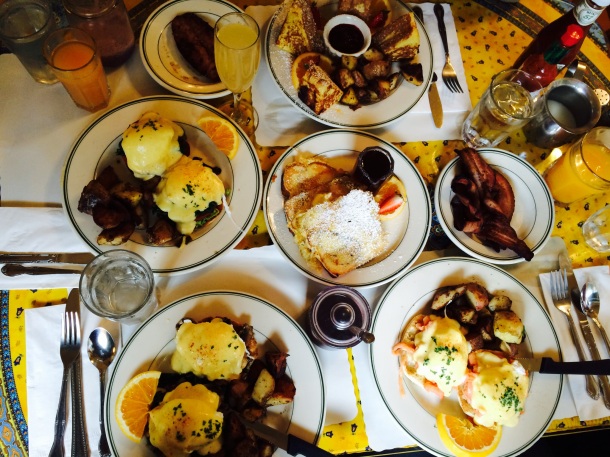 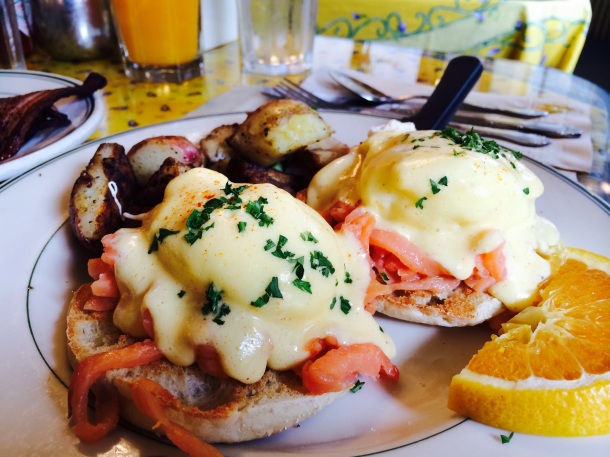 French Toast for all of us to share! Feeling greedy!

My Eggs Benedict with Spinach and Sauteed Mushroom. The poached eggs were too pretty I had a hard time bursting them. 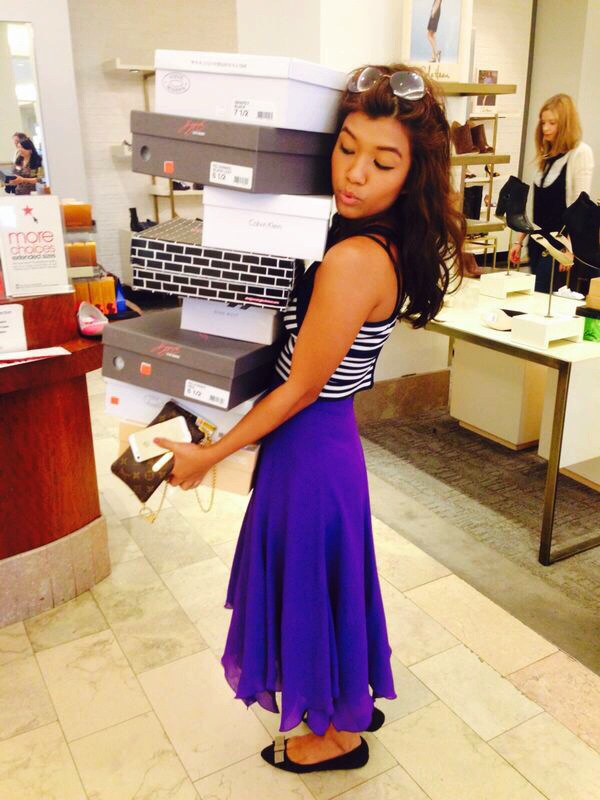 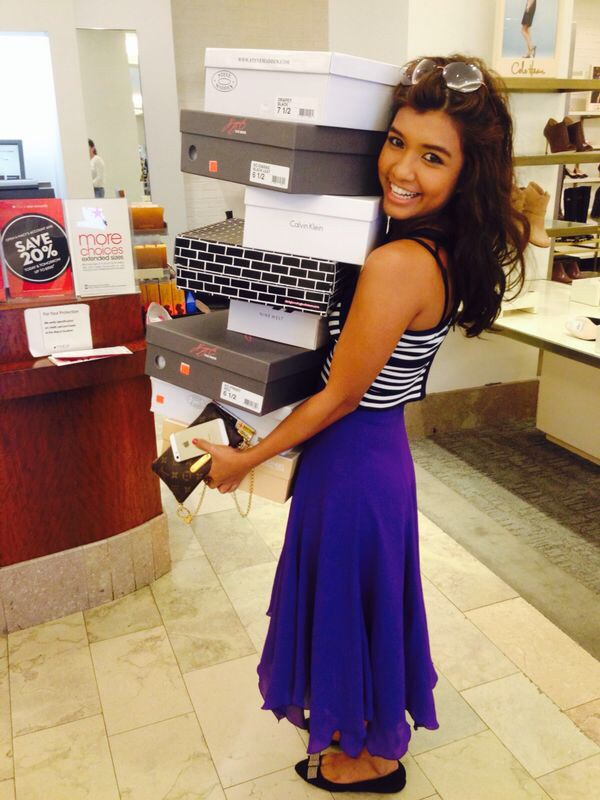 Cabbed back down to Union Square and begin our shopping right here at Macy’s Shoe Department! Sophy bully and placed all the shoe boxes on me just cuz I bought the most number of shoes LOL!

While waiting for the Macy’s staff to get all of our shoes… THE SHOES ARE TO DIE FOR AND IT WAS GOING ON 50-75% DISCOUNT! You will regret if you don’t get them and forever behold your peace. From Steve Madden, to Nine West to Micheal Kors. I was really happy with my all my heels!

This is Union Square,minions. Where all the bitches come out to shop on a daily basis. Picture was taken at the rooftop garden of the Cheesecake Factory, my favourite restaurant in the entire world! 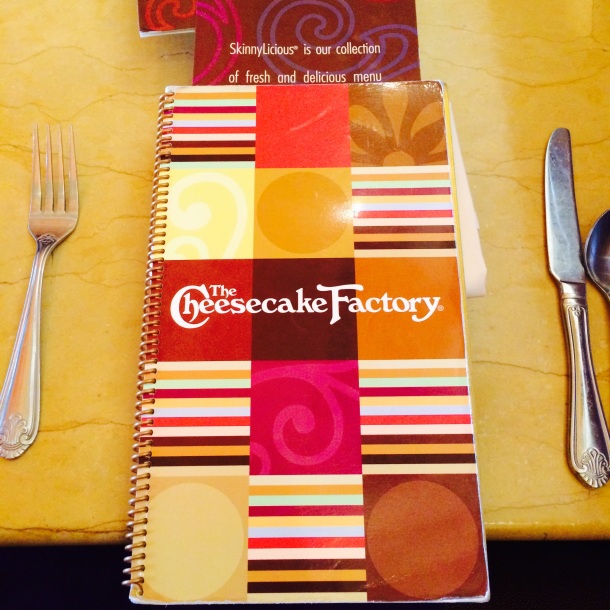 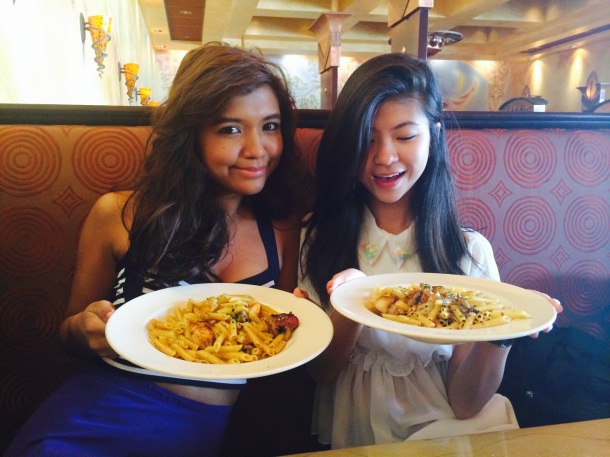 Kevin and Charice enjoyed their well cooked steak while Mel had her Shrimp of Angel Hair Pasta!

The brown loaf bread and its butter is to die for! Free flow of bread whenever you step into the restaurant here at Cheesecake Factory cuz the main courses takes about a good 20 mins to prepare.

Never miss this whenever I dine in. Da Vinci Pasta : Penne with Madeira Wine Sauce with Chicken Chunks and Sauteed Mushroom. LOVE IT SO MUCH!

What is Cheesecake Factory without having their cheesecakes for dessert, right? Red Velvet and Hersey’s Fudge Cake!